Tom Hughes was born in Massachusetts in 1965. He attended Northeastern University and M.I.T. for physics, but that pursuit was brought up short by the call of his earliest and truest love – art.

Hughes left the university to become a staff artist at the Christian Science Monitor newspaper, specializing in illustration and working to very tight deadlines in every medium – ink wash, block print, watercolor, monotype, acrylic, and scratchboard, to name a few. In 1988, Tom found that he had to do fine art, supporting himself by freelance illustration and retail work, while he learned his real trade. Since the 1990's he has painted full-time.

Once referred to as "a genius" by the late, renowned artist and author, Charles Movalli, Tom has had solo exhibits in galleries in the New England States, North Carolina, Lake Tahoe, San Francisco, and France. He is proficient in several painting media including oil, acrylic, and watercolor, with subject matter comprised of figure painting, portrait, landscape and the odd still life or genre picture.

Tom’s work has been featured in American Artist Watercolor Magazine, Fine Art Connoisseur, for which he painted the magazine’s publisher, Eric Rhoads’ portrait, and Southwest Art Magazine. Tom’s watercolors have been published in the book, Watercolor Painting by Tom Hoffmann (Watson Guptill, 2012). 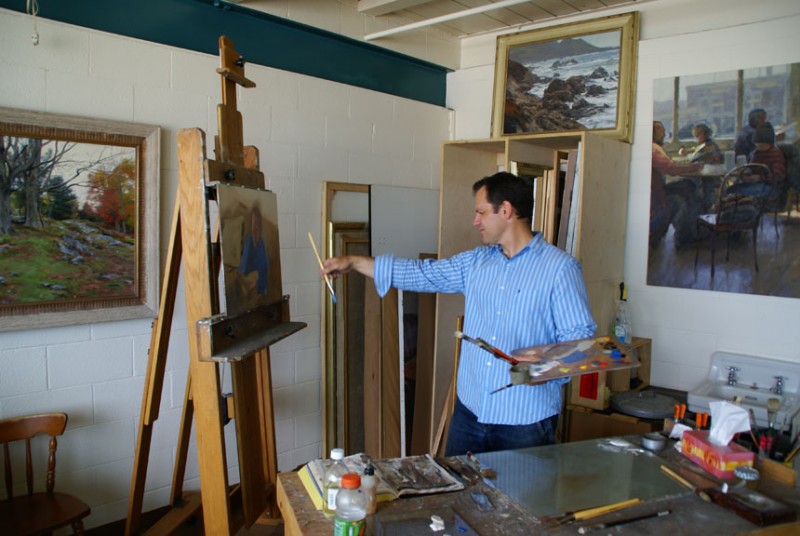